Mandalas are ideal to use in Sand Tray Therapy Practice, or for private use in your personal sand tray at home. 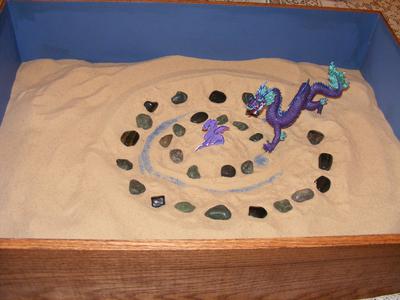 Mandalas are sacred circles that have been around since ancient time. They may be drawn on paper or depicted in the sand. Fincher (2004), a Jungian-oriented psychotherapist, argues that a mandala “is a circular design that grows out of a need to know oneself” (p. 3).

Jung (1959) suggests that mandalas are symbolic representations of the Self with a creative and healing power. “Jung pointed out that circular designs are significant in the process of becoming an authentic individual” (Fincher, 2009, p. 21). Becoming authentic includes embracing one’s shadow side—the part of the psychic believed to be outside conscious awareness for the most part.

Metaphorical dragons tend to reside in the shadow side, which contains human imperfections many people would prefer not to acknowledge (Stevenson, 1994). Always looking for the positive side of things rather than welcoming the knowledge derived from the entire experience is an example of denying the shadow side. Denying the shadow side has consequences, such as preventing authenticity with oneself and others.

In her 2009 book, Fincher talks about building a mandala in an attempt to tame the dragon. Fincher is realistic in that she does not expect the dragon (inner and/or outer conflicts) to disappear.

Instead, she advocates for reducing the dragon’s power by taming the dragon. According to Fincher, it is a good idea to think before speaking or acting—that is how she suggests we tame the dragon. Whereas reactions come from the amygdala (the seat of emotion), responses are processes triggered by the frontal cortex (seat of reason).

Sand tray allows sandplayers to create a scene in a protective environment through the use of miniatures, symbols and metaphors. Harris (2012) emphasizes that metaphors help sandplayers to connect with feelings, emotions, situations, that might have been “difficult to name or describe” (p. 61) in traditional talk therapy.

Striving to recognize one’s shadow side is the first step in the process of taming one’s internal dragon (Fincher, 2009). Drawing and coloring a dragon, or bringing a miniature dragon to the sand tray may be a therapeutic tool in the journey of self-discovery.

In the above image, a mandala has been depicted in the sand with two dragons: One is a ferocious dragon (representing the primitive nature of the unconscious) and in front of it almost symbolizing an evolutionary step, is a smaller and gentler dragon (Fincher, 2009).

It could be argued that the ferocious dragon is triggered by emotional perceptions from the amygdala and the tamed dragon may be the result of engaging the frontal cortex after receiving the message from the amygdala.

These two dragons represent the process of acknowledging the dragon and responding (rather than reacting) to a situation. A sandplayer’s combination of using mandalas and dragons in the sand may provide the sand tray therapist with a snapshot of the sandplayer’s thought-process. As always, therapists are urged to stay with the metaphor.

Discussion:
Through the years we continue to learn more and more about the power of sand tray therapy as an effective medium to be used with children, adolescents and adults.

Mandalas are a wonderful way to tap into the creative Self, the part of the psyche that thrives in authenticity. Touching the sand encourages the inner Self to come to the surface, which is the objective in doing mandalas and sand trays.

All of us have a dragon in our collective unconscious. Let us bring it and tame it in the sand in sand tray therapy. 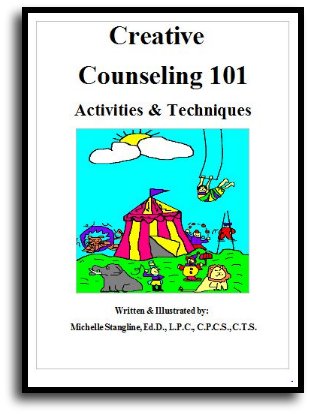 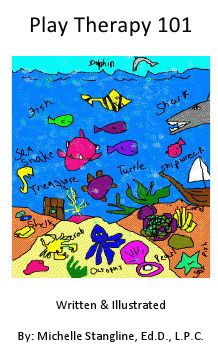