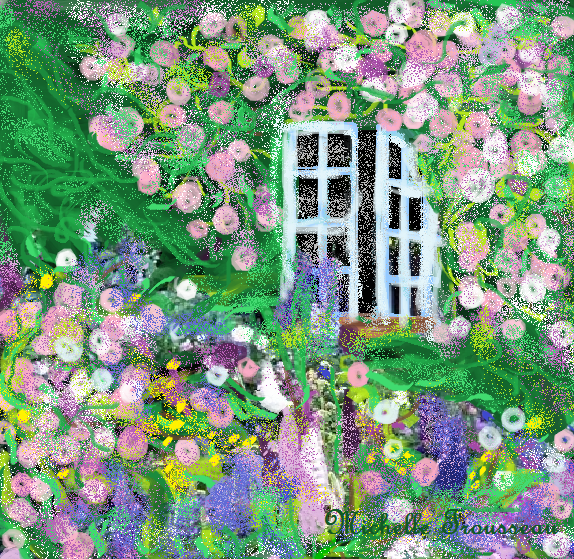 Nature Therapy - How Nature Can Improve Your Life:

Back in the early 2000s, Richard Louv coined the phrase ‘Nature Deficit Disorder’. He was speaking generally about children - referring to a multitude of growing childhood problems which he attributed to a lack of time spent in natural surroundings.

When investigated further, scientific evidence backed Louv up - time spent in nature rarely if ever failed to improve the mental health, physical health, behavior, and even school grades of children studied. Can the same kind of thing work for adults? Yes, it certainly can.

Nobody is quite sure why nature and natural surroundings should have quite such a fantastic impact on the brain, but there are a few theories. Many people point to the neurochemical reactions which sunlight and exercise in the fresh air bring about (more on that later).

Others, however, add that our brains may simply just operate at their best in more natural environments. Why? Because these are the kinds of environments in which we evolved to live. Society is running way, way ahead of evolution. While we’re clever creatures, the more basic parts of our brain are still tuned to be operating in a largely outdoor situation.

Show your caveman brain a tree, a flower, a patch of open sky, and it immediately feels at home. And, when your brain feels ‘at home’, it is comfortable and confident, able to operate at its optimum. This means less stress, sharper thought-processes, and an opportunity to do that crucial psychological processing that we need in order to clear our psyches of all that negativity and self-hatred.

This may sound hokey, but the numerous ways in which exposure to nature changes our brains for the better seems to bear it out.

Mood Improvements: Going back to those neurochemical reactions we mentioned earlier, it’s worth pointing out that the ‘nature therapy’ effect may not be entirely due to the ephemeral relationship of your brain to the natural world. There are proven chemical effects which occur when we’re outdoors.

For a start, being outdoors often means that we’re doing more exercise than we otherwise would - we’re walking, or cycling, or even simply standing rather than sitting at a desk.

Exercise has well known benefits for one’s state of mind. Then there’s the sunlight effect. It’s thought that exposure to sunlight encourages the brain to release serotonin - a chemical involved with (among other things) balancing our moods.

So, going for a stroll outside on a sunny day can provoke physical and chemical reactions within your body which immediately work to soothe your psyche and build your mood.

However, the therapeutic effect of nature runs so deep that you do not have to spend time outdoors on a sunny day, or do lots of exercise in order to attain it. Something as simple as going for a gentle stroll in the park, or just sitting on a bench, looking at trees etc can have an incredibly positive effect upon the way that you feel.

Numerous studies have proven that spending time in nature can reduce depression symptoms, calm anxiety, quell stress, aid addiction recovery, and help people to heal from emotional trauma. Regardless of activity levels or general health, it’s generally the case that those who spend more time in natural environments have higher energy levels and lower stress levels than those who do not.

As mentioned, the reasons for this aren’t entirely clear, but the evidence speaks for itself. If you want to do your mental health a good turn, step outside and go smell the flowers.

We’ve already talked a lot on this site about ‘Flower Therapy’ or ‘Flower Impact Therapy’. In keeping with all of the aforementioned nature-healing, having flowers around can improve your mental health.

Flowers are a little slice out of nature which we can enjoy more or less whenever and wherever we wish. They’re nature that we can bring indoors. ‘Brightening’ a room with flowers has long been acknowledged to have a cheering, positive effect, and modern studies have shown that receiving, looking at, or simply being in the same room as flowers can have a large impact on mental health.

So, if you want to give yourself some nature therapy, but don’t have access to a goodly portion of the outdoors, try bringing the outdoors to yourself in the form of flowers!

Mental Health Food - Eat For Wellness: You are what you eat. While it’s not completely possible to alter your life purely through changing your diet, you can definitely improve things quite considerably. Our brains are, after all, a part of our bodies, and just as reliant upon dietary nutrients as any other organ. Many people are amazed at just how much better they feel after making a few smart nutritional choices for a relatively short amount of time. If you want to give yourself the best shot possible at improving your state of mind, here are a few ways in which you can make your diet work for you:

Oily Fish: The idea that fish make you brainier is more than just an old wive’s tale. There’s a lot of evidence to suggest that the consumption of fish oils really can have a tangible effect upon your cognitive and emotional functions. So much so that diets high in oily fish are being put forward as a partial treatment for conditions as diverse as ADHD and addictive disorders. It’s all to do with substances found within fish oils known as Omega 3 Fatty Acids. These nourish our brains beautifully - crucially by increasing your brain’s ability to transmit signals. This enables our brains to work at full capacity, and gives them the boost they may need in order to process and fling off problematic thought or behavioural patterns. The amount of Omega 3s in the average Western diet has fallen sharply over the past few decades, and there are those who feel that the rise in depression which has occurred over the same timescale is no coincidence. Good sources of Omega 3s include cod, salmon, and tuna.

Lean Proteins: Lean proteins such as are found in poultry and other lean meats are brilliant for your mood. While you have to be careful not to overdo it (too much meat can cause more problems than solutions - particularly if it’s processed meat!), one meal containing lean meats a day helps to boost your body’s levels of tryptophan. Tryptophan is a kind of protein involved in the synthesis of mood-lifting chemical serotonin. Serotonin is associated with many brain functions - including regulating our circadian rhythms - but it’s crucial in keeping our moods level to good. If your brain struggles to produce, release, or maintain serotonin, then depression occurs. Stopping the brain from reabsorbing serotonin (through the use of SSRI drugs) is a common medical treatment for depressive conditions. However, your brain can’t make serotonin in the first place without tryptophan - and you don’t get tryptophan without lean protein. If you’re not a meat eater, you can obtain tryptophan from sources like spinach, parsley, watercress, kidney beans, and seaweed.

Whole Grains: If you’ve hopped on the gluten free bandwagon, then look away now: Whole grains are great for your mental health. Your brain gets most of the energy it needs to operate properly from glucose. Often these days we obtain glucose through simple carbohydrates, which give us a rush and then run out quickly, making us crave more to replenish that rush. This leads to a pattern of highs and lows throughout the day which, ultimately, isn’t very good for us (and often makes us grumpy and stressed!). Wholegrains, however, are complex carbohydrates. They’ll give your brain a steady supply of energizing glucose which keep it charged up throughout the day and don’t lead to those stressful fluctuations in energy and brain function. Good sources of wholegrain complex carbohydrates include oats, bulgar, barley, and soy beans.

Water: This may sound silly, but it’s really important to keep yourself well hydrated if you want to have the best chance of fighting off mental health problems. Your brain uses a relatively huge amount of water, and if it can’t hydrate itself enough, it doesn’t work as well as it should. Often, our brains can be a bit too dry before we actually start to feel thirsty, so it’s important to regularly take a glass of water. What is more, water helps your body to run much more efficiently overall, and will generally make you a lot healthier. If your body is healthy and operating well, your brain will follow suit, and you’re likely to see a surprisingly large improvement in your mental health.